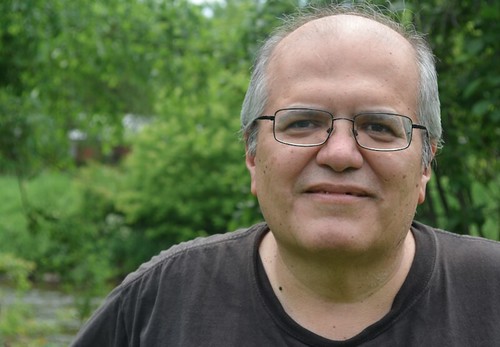 Library Journal is again praising Ray Gonzalez's new poetry collection Beautiful Wall. In June, LJ named Gonzalez a "Key Poet to Discover and Rediscover," saying that "this latest collection, set in the sun-scorched desert region, perches on the wall between Gonzalez’s Mexican heritage and American upbringing and investigates all that entails." In a new LJ review, Doris Lynch calls the poems in Beautiful Wall "rich with cultural identity and blessed with a sense of place." The review mentions the sense of "journey" felt throughout the collection, while also noting how "nature becomes a breathing presence." Lynch adds that "several poems pay tribute to the author's nephew, a veteran, whose PTSD contributed to his death," and gives special praise to "a ten-part poem that features Jack Kerouac and his mother at the Mexican border," which "humorously describes Jack having a drug experience while showing his mom the sights." LJ's verdict? "Gonzalez has a way of combining the mystical with the everyday and nature with the world of the family to produce poems lush with empathy." Read the entire Library Journal review in its September Issue. Find Beautiful Wall and other works by Ray Gonzalez at the BOA Bookstore.
Tweet